All civilizations preserve or seek to protect the memory of their sacred places. That is what happens at the Igreja Matriz de Mértola, where it has been proven that there once was a Roman temple and, around the 4th century AD, a Christian church.

Later on, during the Islamic period, the building was turned into a mosque, whose visible remains date back to the 12th century AD. In 1238, the lords of the Order of St. James Christianised the temple and covered all the traces of the old mosque. However, it was only in 1532, when the site was very degraded, that there was a work campaign that included the construction of the vaults and the decoration of the main entrance.

In the 1950s, the Directorate-General for National Monuments (DGEMN) carried out rehabilitation works and brought to light all the traces of the past. Currently, in the basement of the old 16th-century sacristy, you can see the building’s foundations and various phases of its occupation. 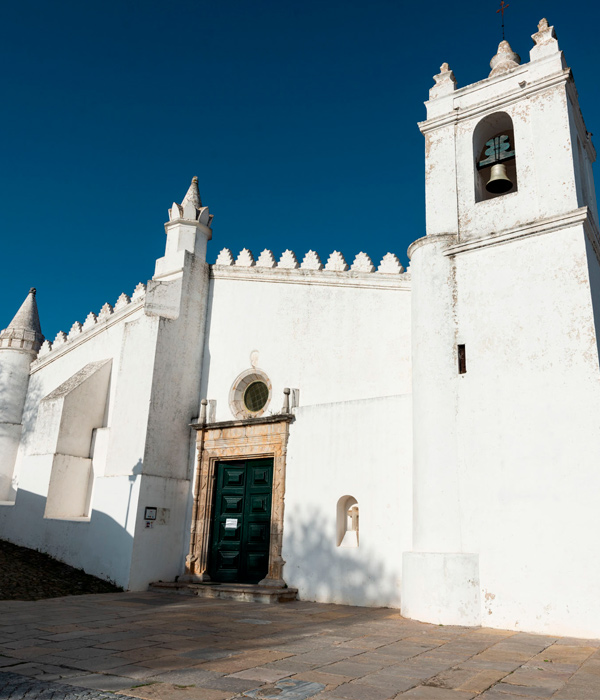