On the northern slope of the Castle hill, there was probably the forum of the city of Myrtilis, the public square of Roman times. Myrtilis is the old name of Mértola.

Creates an artificial platform that rests on the wall and an underground gallery – the cryptoporticus. In the Late Antiquity (5th-8th centuries) there were a number of luxurious religious constructions, decorated with mosaics.

In the Islamic period (12th-13th centuries), the entire area was occupied by an urban district. Following the Christian reconquest, in 1238, this urban district was razed to the ground and turned into a cemetery. The fact that this area was used as a cemetery for a long time means that nothing was built here

The various human occupation layers have been preserved, making this a privileged archaeological research site. 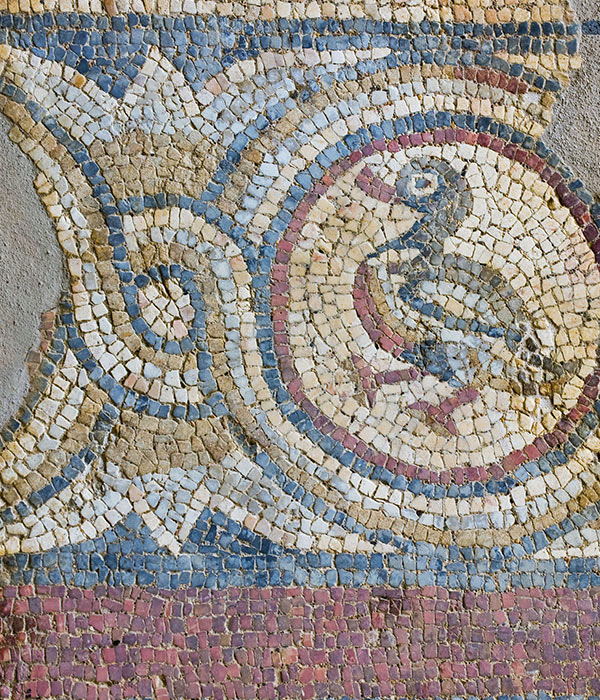